A film crew from the BBC Landmark Natural History Series is making a documentary about Vietnamese world heritage site Phong Nha - Ke Bang National Park in the central province of Quang Binh which will be shown to a global audience. 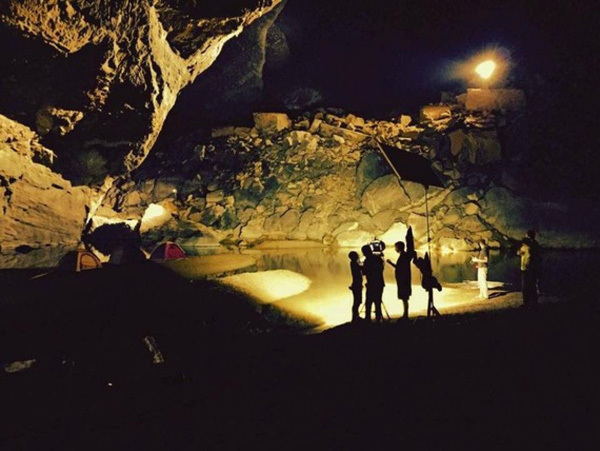 This information was unveiled by Dang Dong Ha, deputy director of Quang Binh Provincial Department of Tourism, on February 22.

The film crew went to Phong Nha - Ke Bang to shoot scenes of the world's largest cave, the cave’s unique ecosystem, and images of the limestone and tropical forests of the park, as well as the flora and fauna system that can be found there.

Thomas Webb, a producer for the BBC, extended his thanks to local authorities for their support in the filming process, saying BBC members were amazed by the magical natural beauty that could be found inside the cave system, as well as the range of primeval forests, diverse, and unique ecosystems of Phong Nha - Ke Bang.

Ho An Phong, vice chairman of Quang Binh’s Provincial People's Committee, emphasised that the locality has always created the optimal conditions possible for domestic and international film crews to make films on the national park, which has been twice recognised by UNESCO as a world natural heritage site.

The film is scheduled to be released by the BBC in the fourth quarter of this year and is expected to reach 500 million viewers worldwide.