Canadian freelance writer Matthew Pike, who departed his homeland to settle in Vietnam, has listed the 10 most unique Vietnamese cities for travelers to visit. 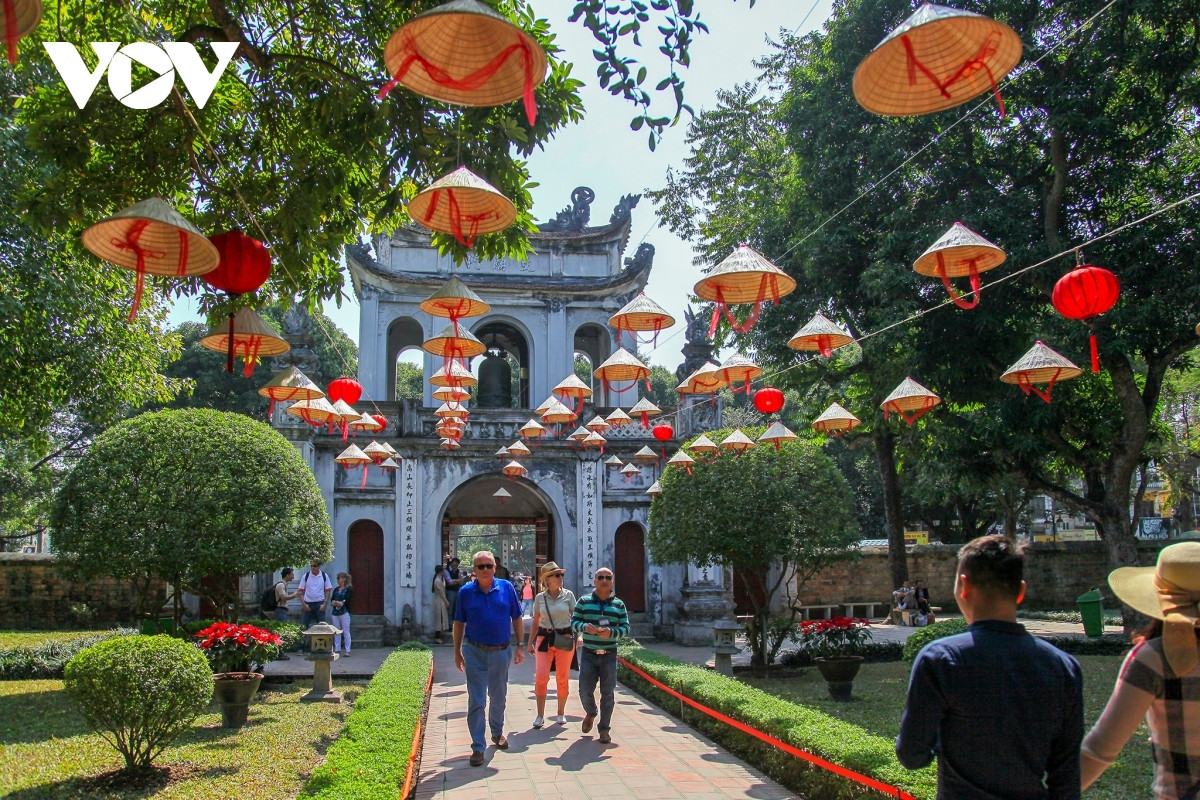 At the Temple of Literature in Hanoi
“On the map Vietnam looks small, but it turns out there are many beautiful places enough to fill a continent. From the majestic, pristine mountain ranges in the North to the charming tropical beaches in the South or the rich history and culture in the Central,” the writer said.

The capital of Hanoi boasts a rich culture and history, making it the first name to appear on the list. This is the centre of tourism for the country, and is home to busy streets, bustling nightlife, and the planet’s best dishes of Vietnamese cuisine, he mentioned.

World Cultural Heritage Site Ha Long Bay ranks in second. The Canadian writer said, “If talking about Vietnam tourism but forgetting to mention Ha Long Bay in Ha Long city, it is a big omission... If you have not yet gone to Ha Long, quickly plan to see with your own eyes the precious gem that nature has bestowed on Vietnam.” World Cultural Heritage Site Ha Long Bay ranks in second.
The third-place position goes to Hue City, the former imperial capital under the Nguyen dynasties. Currently, the central city is one of the important cultural, tourist, and culinary hubs of the central region and the whole country which is notable for its extremely beautiful destinations.

As Matthew wrote on the travel site the Culture Trip, the old town in Hoi An is really much more charming than it appears in the photos. The UNESCO recognized World Heritage Site is especially beautiful at night, particularly as it features rows of bright lanterns of various colours. In addition, the city was once a trading port on the Silk Road and was renowned for its garment industry. With Hoi An being home to hundreds of famous tailors, visitors can choose to have a few outfits made to bring back as a souvenir. 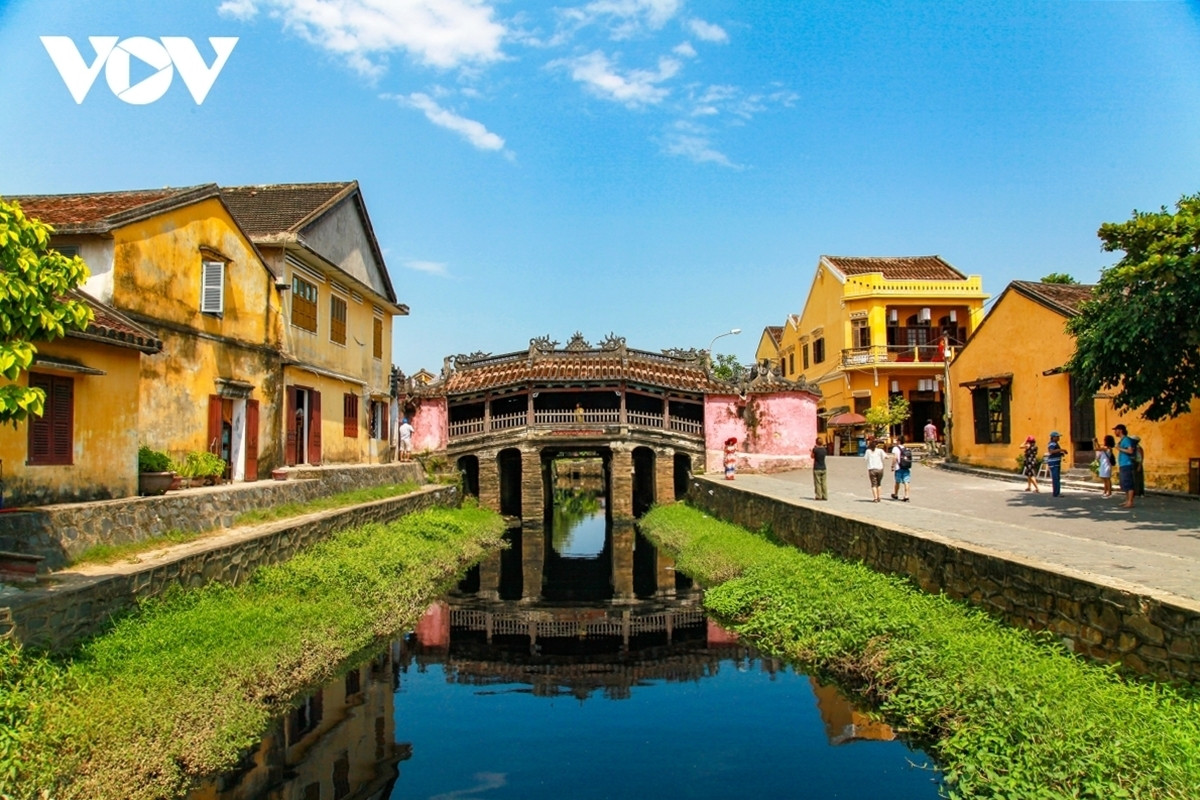 In Hoi An old town
The fifth destination is Nha Trang, a beautiful coastal city which makes the list as a diverse destination. It has both beautiful natural scenery and plenty of exciting activities for those who enjoy adventure games, such as jet skiing, surfing, and even flyboarding.

In sixth place is Da Lat which is a great place to escape from the sweltering heat. Located on a plateau with an altitude of 1,500m above sea level, the Central Highlands city always has a fresh, cool, pleasant atmosphere, which is an ideal destination for couples and families.

The seventh location is Ho Chi Minh City, which Pike described as a vibrant and attractive metropolis with a multitude of impressive attractions such as museums, world-class restaurants, luxury hotels, and sidewalk eateries. Indeed, the diverse cuisine found in the southern city can satisfy the tastes of a large number of customers. 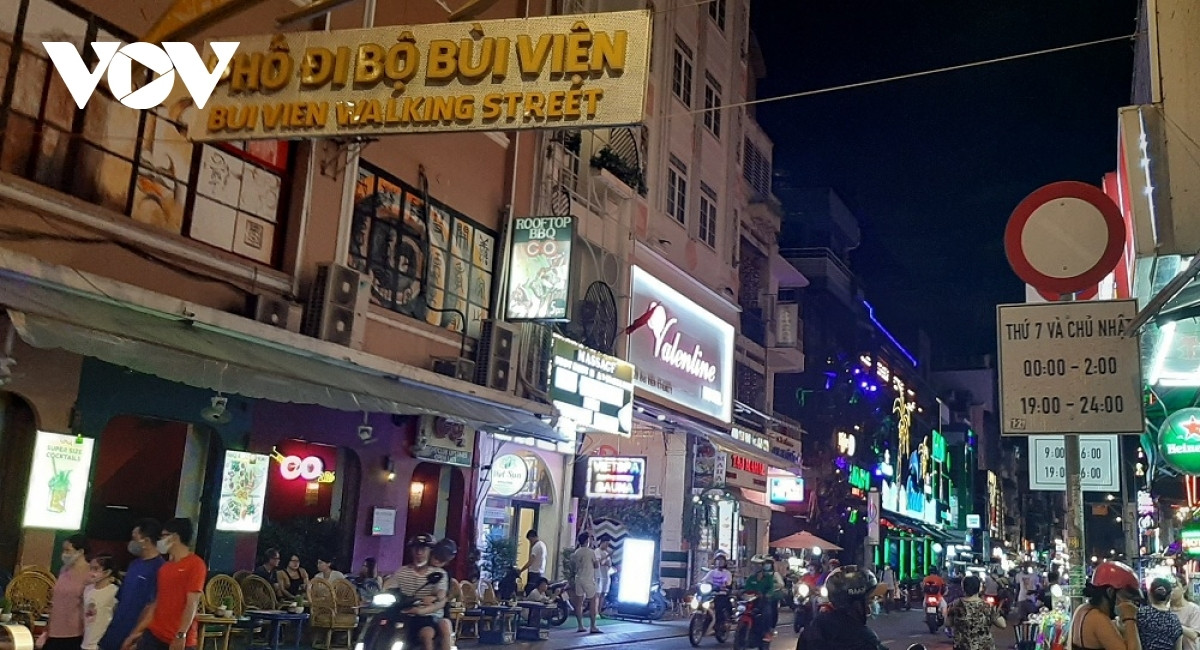 The seventh location is Ho Chi Minh City.
Furthermore, exploring Cai Rang floating market in Can Tho is an unmissable activity when on holiday in the country. The nation’s largest floating market has everything from clothes to fruits for guests to choose from.

In 10th position is the northern port city of Hai Phong, also known as the city of red phoenix flowers. This place is worth exploring as it is home to many old colonial buildings such as Hai Phong Railway Station, Central Post Office, and City Theater.

Nui Thung: the angel eye of the mountain in Cao Bang

Located in the middle of a beautiful valley in the border district of Tra Linh, Angel Eye Mountain, locally known as Nui Thung, is a favourite place for camping activities of young people in the northern Cao Bang Province. Nui Thung: the angel eye of the mountain in Cao Bang Province. Nui Thung impresses visitors with its unique appearance as it has a hole, measuring 50m in diameter, passing through its face, which looks like a giant eye in the centre of the mountain. At the foot of the mountain, campers can find the perfect place to set up their camps on immense grasslands or by green lakes. They can admire charming natural landscapes while walking around and taking photos. When night falls, the temperatures can drop as low as winter. Even though a campfire may be built, campers should prepare warm clothes in advance. Tay ethnic women rowing a bamboo raft on the lake at the foot of Angel Eye Mountain Upon rising, an interesting activity at the beginning of the day is paddling a stand-
Read more

May 13, 2022
Bach Long, the world’s longest glass-bottom bridge, offers the brave a special walkway 150 meters above a valley.
Read more